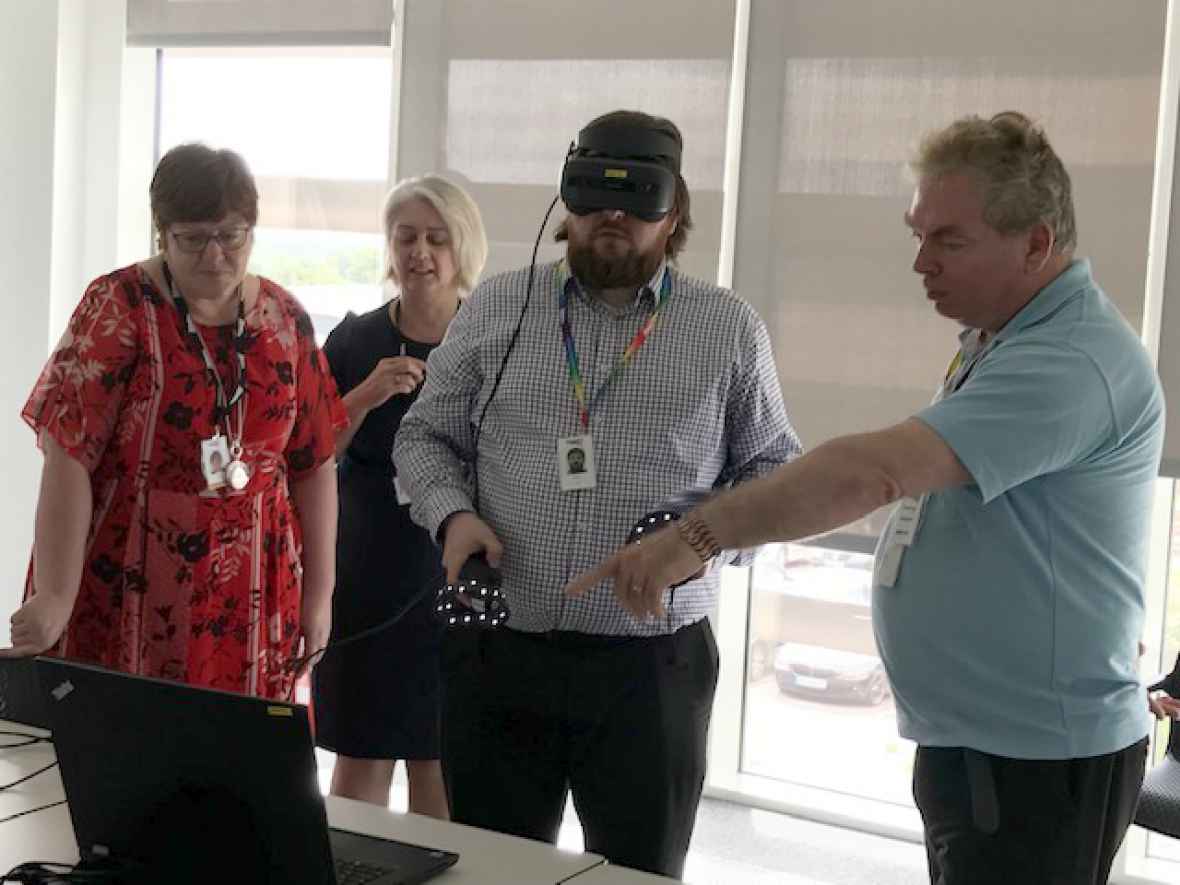 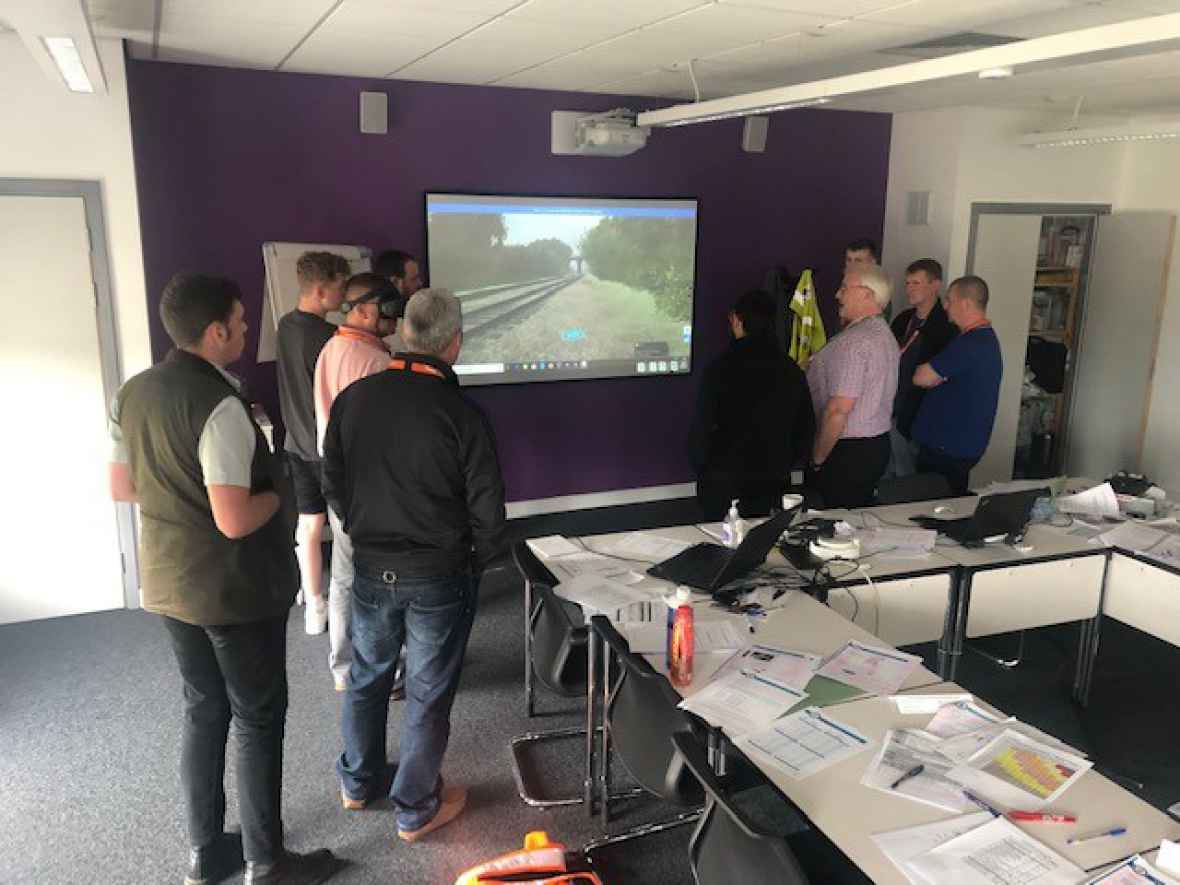 Caption: Delegates being introduced to the VR platform 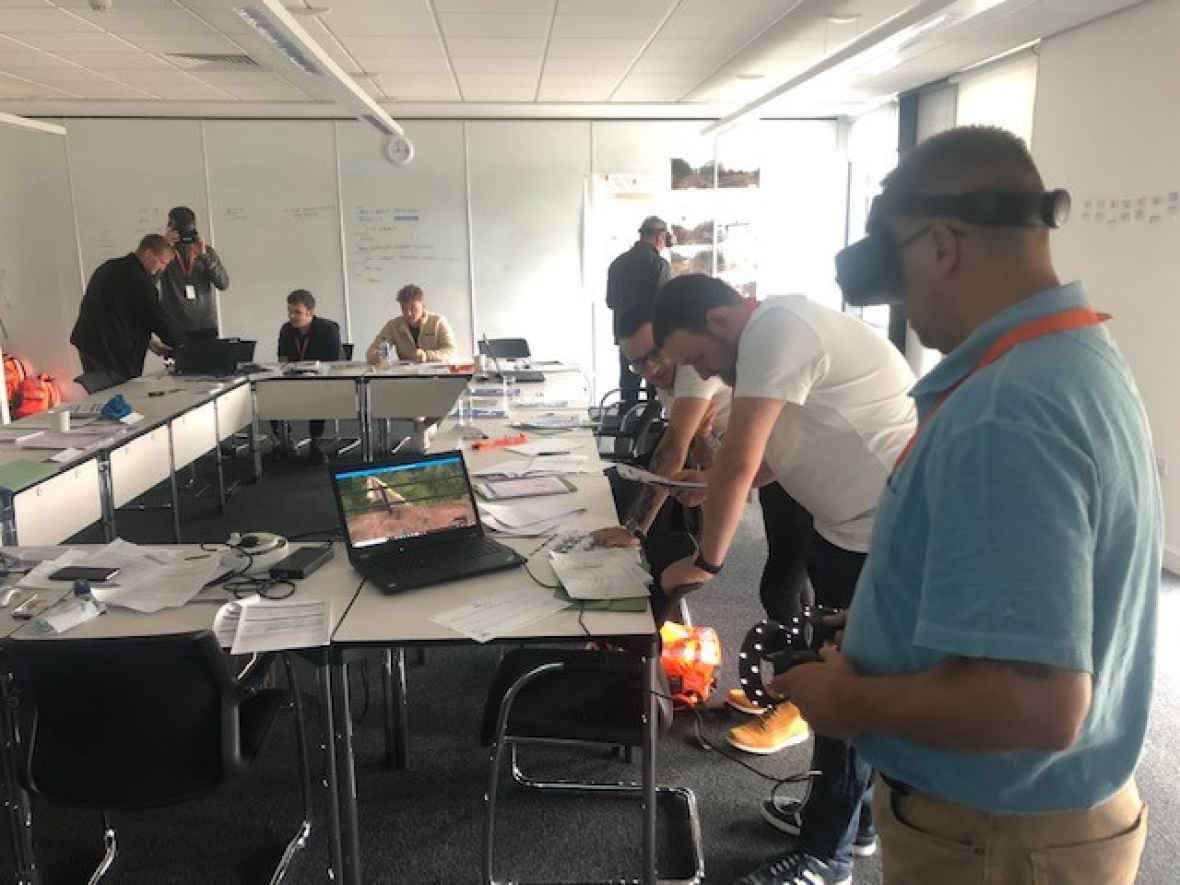 A review of the competency by the Rail Accident Investigation Branch (RAIB) led to Network Rail Training teams working with track safety colleagues to redesign the approach to COSS training.

The new training for Network Rail teams is designed to be more engaging and interactive, with the refreshed syllabus including team workshops, VR technology, three-dimensional (3D) modelling and the removal of paper-based examinations.

Ryan Boon, operative, Westbury Parkway, was one of the first colleagues to experience the new training. Ryan said: "I struggle in classrooms, I have an attention deficit condition. This training felt very different. The trainer was epic and the technology helped us a lot, it helped me understand the process. I found it useful to see what you're trying to do, it's as if you're there."

A COSS' main role is to asses risk and set up safe systems of work for groups of people. COSS' must understand the location they're due to work in, assessing the risks and hazards. This can involve various scenarios, such as limited sighting conditions of approaching trains due to curves, bridges or other structures.

Teams can also be up against limited clearances, poor underfoot conditions, hazardous lineside equipment or sudden noise. This environment can be challenging to replicate in a classroom.

By using VR in COSS training, delegates can use the headsets to perform complex tasks in different locations, weather conditions and against a range of hazards. The VR is also used to help test colleagues' memory recall and behaviour.

In the training, colleagues are asked to complete tasks with limited instruction or guidance to encourage them to think independently and to experience what it would feel like on track itself.

Ryan added: "We all stood around colleagues when they wore the headset so we could watch them work on the screens. Afterwards we could talk through different ways to approach a task – talking it through meant we all learnt. It felt more personal."

Research shows a direct link between immersive training and improved memory recall, allowing colleagues to make mistakes in a safe environment and understand the consequences.

Nik Jarman, senior learning designer, said: "This is a great example of the work we're doing to reshape our training – where user-centric design lies at the heart of our offering. Technology plays a crucial role with VR, augmented reality and 3D modelling offering new opportunities to make learning more experiential, effective and enjoyable.

"VR was a perfect fit for COSS as it enables us to create a safe, realistic and controlled environment to learn in. We can replicate real-life scenarios and introduce risks during an exercise to help colleagues feel empowered and able to perform their COSS role safely in the workplace."